Are you perhaps thinking of travelling this year? If so, here’s a top 5 countdown of the must see cities of culture Europe has to offer for 2013.

The city that inspired Freddie Mercury and Montserrat Caballe to create such a breathtaking piece of musical brilliance! With travel agents suggesting you visit from May to June; this Spanish city is number one for astounding architecture! Antoni Gaudi’s stunning Church of the Sacred Family is widely considered to be the city’s number one attraction.

For a contrast, hop on the city’s efficient metro system and visit the Gothic Quarter to immerse yourself in the city’s medieval and Roman history. And don’t miss the Picasso exhibition at the Barcelona’s Museu Picasso, featuring many of the artist’s greatest self portraits, running from May to September.

Art lovers across the globe are expected to travel to Paris, France; in order to attend several major arts festivals this year. Interested film and animation? Then Cinema en Plein Air in July is a cinema lover’s haven! And join the 5,000 poets expected to flock to this city in March for Le Printemps des Poètes for recitals and exhibitions. So don your berets, hire a bicycle and say ‘oui’ to Paris!

This may seem an unexpected choice, but Slovakia’s second city is the perfect destination for music lovers this year! 2013 sees a series of classical music concerts running from May through to November.

Plus, one of the most enticing annual festivals in music, the 17th annual Jazz festival ignites the city. If that’s not enough, book a return trip for June, and experience a showcase of traditional Slovakian folk music, to fully indulge yourself in the incredible city’s culture of sound and colour!

This summer in August sees the return of Europe’s biggest contemporary dance festival – the Tanz in August! Audiences from worldwide will bear witness to some of the most famous names in contemporary dance from Germany and all over the globe. Last year, 17,000 strong attended the event, with that number expected to be even greater this year!

A visit to Poland on the 28th of June will allow you to experience one of Europe’s greatest celebrations of religious culture – the Jewish Culture Festival. Experience the music, theatre, film and religious ceremonies of these storied people, as they aim to educate and inspire all visitors, in a monumental festival that succeeds in “paying tribute to the past, while thinking unceasingly about the future”.

These five European cities of culture are the perfect chance to escape from the mundane routine of everyday life, and fully embrace the crème de la crème of art and culture. So get packing, and go book your hotels in Barcelona, Paris, Košice, Berlin and Krakow, and make sure you bring us back a nice souvenir, along with memories and stories you’ll never forget!

Comment to tell us all about your favourite cities to visit!

Interested in visiting one of the above cities? Or perhaps you already have or are going to be this year? Or perhaps you want to suggest another city of culture you must visit in 2013? Then let us know in the comments section below.

I hope you liked our travel tips article about

Popular posts from this blog 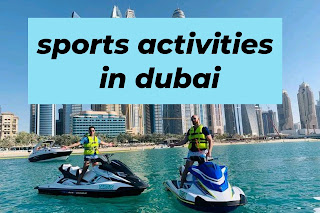 sports activities in dubai sports activities in dubai Dubai is a rich jewel in the Middle East most associated with plush hotels, man-made islands, exclusive property, palm trees and luxurious living. However, tourism has started to shift away from rich jet setters and high-flyers to families and couples of all social status. Alongside the glittering shops, golden beaches and ultra-modern streets is a wealth of sporting activities which make the most of the versatile landscape surrounding the city. Here are some activities which Dubai has to offer. Indoor skydiving At the iFly in Mirdif City Centre is the first indoor skydiving centre in the United Arab Emirates. Adults and children can experience the thrill of skydiving within the safety of an indoor setting – perfect for beginners or fearful flyers. The sensation of being in mid-flight comes from an enormous wind tunnel; spread over 773 square metres which produces high-strength flumes of controlled currents. The experience is so s
Read more 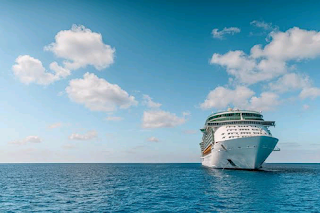